BG Encounters: 2011 Through the Eyes of A Bulgarian Cartoonist

Tchavdar Nikolov was born in 1959. Democrat at heart with a subtle sense of humor, elegant style and simple line, he demonstrates a bold look on politics as a participant in the first opposition newspaper ‘Independence’ (1990). Later he enters in the journalist’s circle of the   democratic newspapers ‘Democracy’ and ‘Anti’. His cartoons, published daily in the newspaper ‘Novinar’ (2004 – 2011) caused a real furor and were subject to many national passions and admiration. He has won many national and international awards for cartoons. Tchavdar graduated a PgDip in the Institute of Art and Design, Birmingham (1994). He was awarded Honorable Mention from the World Press Cartoon 2010 in Sintra, Portugal. Also in 2011 during the Ranan Lurie Political Cartoon Awards of United Nation he has been granted the Citation of Excellence for his political cartoon on the Arab spring. Apart from working on his cartoons, he is wine lover and has passion for wine making, but that’s another long story. 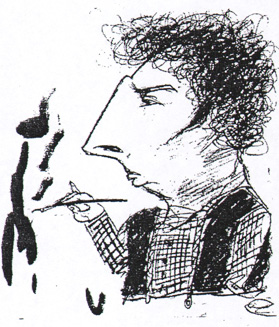 Question: Tchadvar your favorite characters through the years have been almost all current worldwide dictators. You were inspired to make humor out of the politics of Obama, Putin, Sarkozy, Merkel, our Bulgarian prime-minister Borisov and a whole bunch of politicians on the Balkans. But tell us; which was the event of 2011 that you didn’t like to draw in your cartoons? 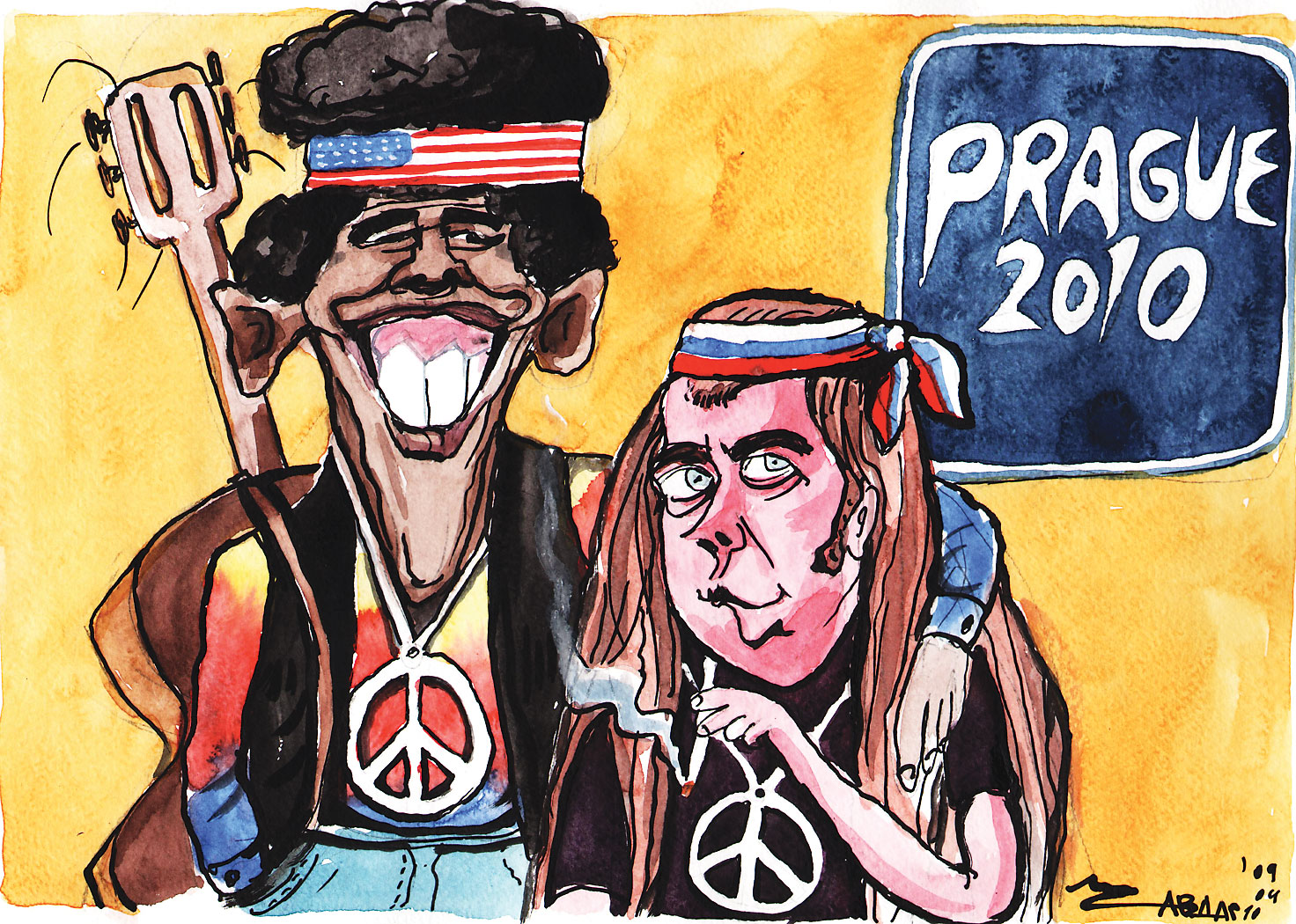 Answer: The earthquake in Japan, for example. The expression of the power of Mother Nature impressed me greatly and at the same time we were witnesses of the Japanese abilities to recover; of their high level courage and the power of the human spirit. There was no place for humor. 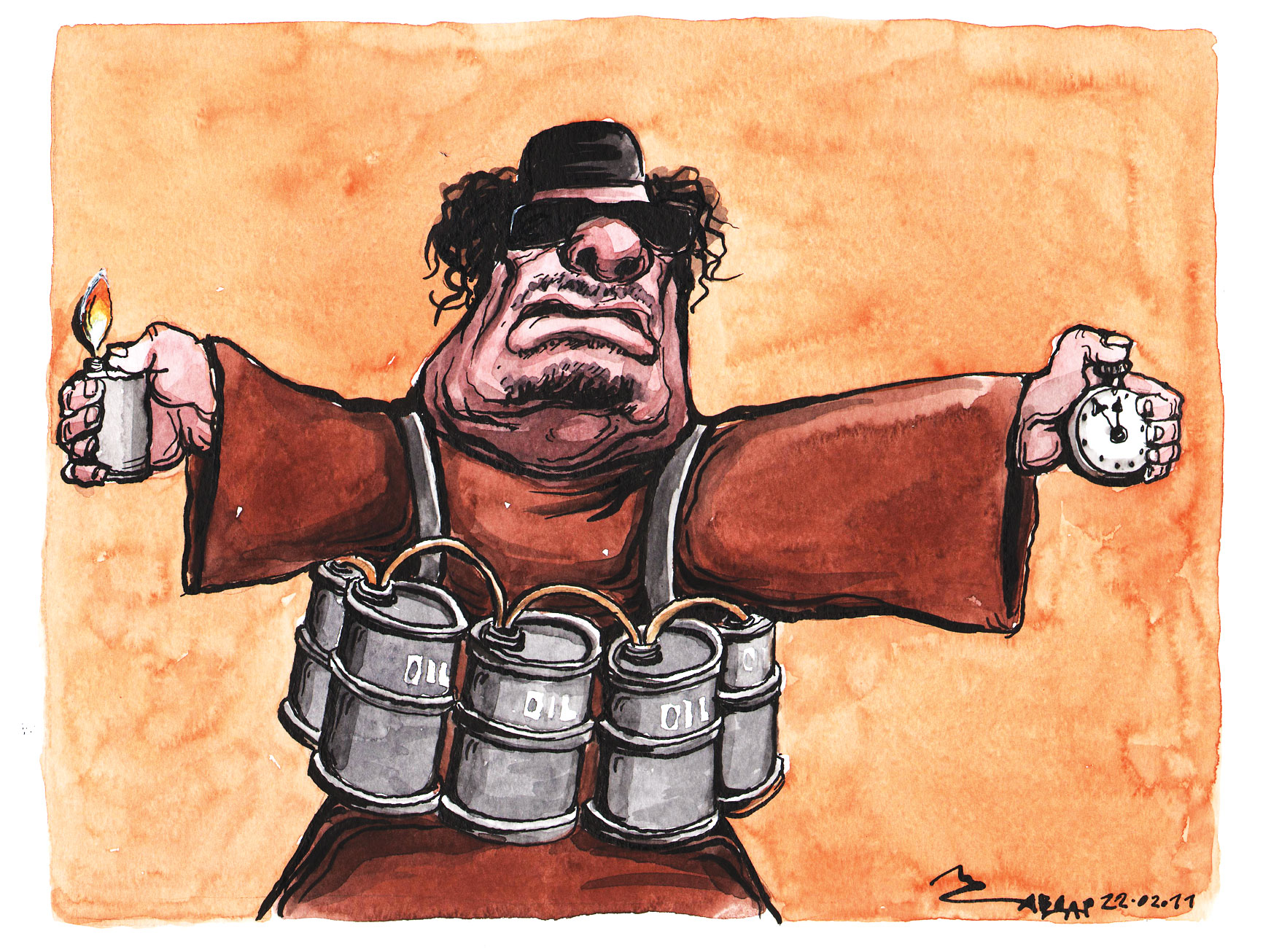 Among all events that happened in 2011 I would honor the Arab Spring. In my cartoon with the French symbol of Liberty I present the globalization of the world, and the Arab nations finally start to adopt the values ruling Europe. There are still many questions unanswered after the events on Tahrir square: who dictated the events when there was no political leader? Were these Islamic representatives or CIA? 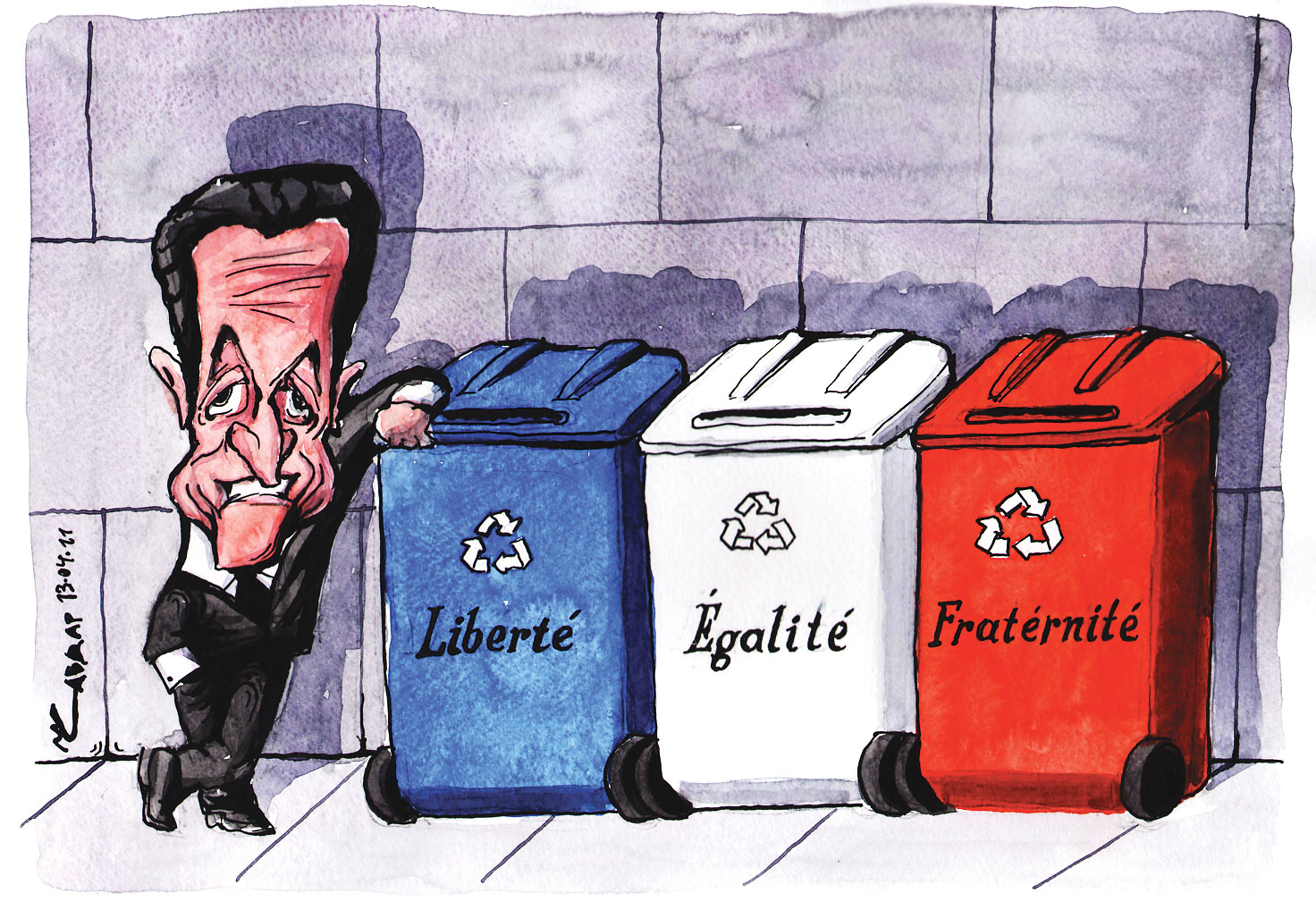 Answer: On the other hand is the almost racist behavior of the French President Sarkozy , ordering the expulsion of thousands of Roma back to Romania and Bulgaria. 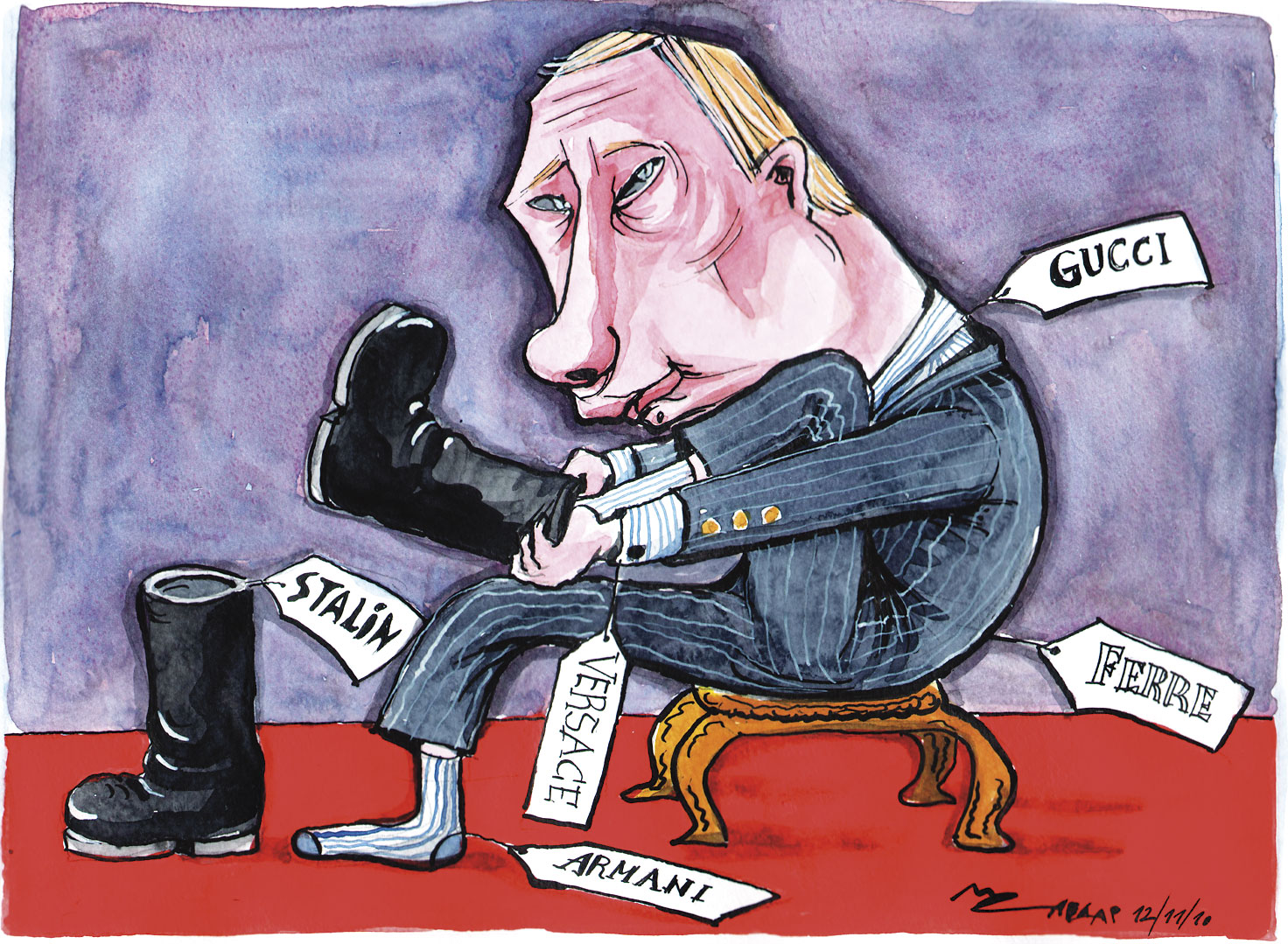 Mr Putinis a very popular person in Bulgaria. Practically Bulgaria is one the few countries in the world with biggest dependence on the Russian Energy supplies (oil, gas, nuclear fuel, technologies). We hope that the decision of creating new oil pipelines and the development of the nuclear power industry in Bulgaria will be eventually a common European step. 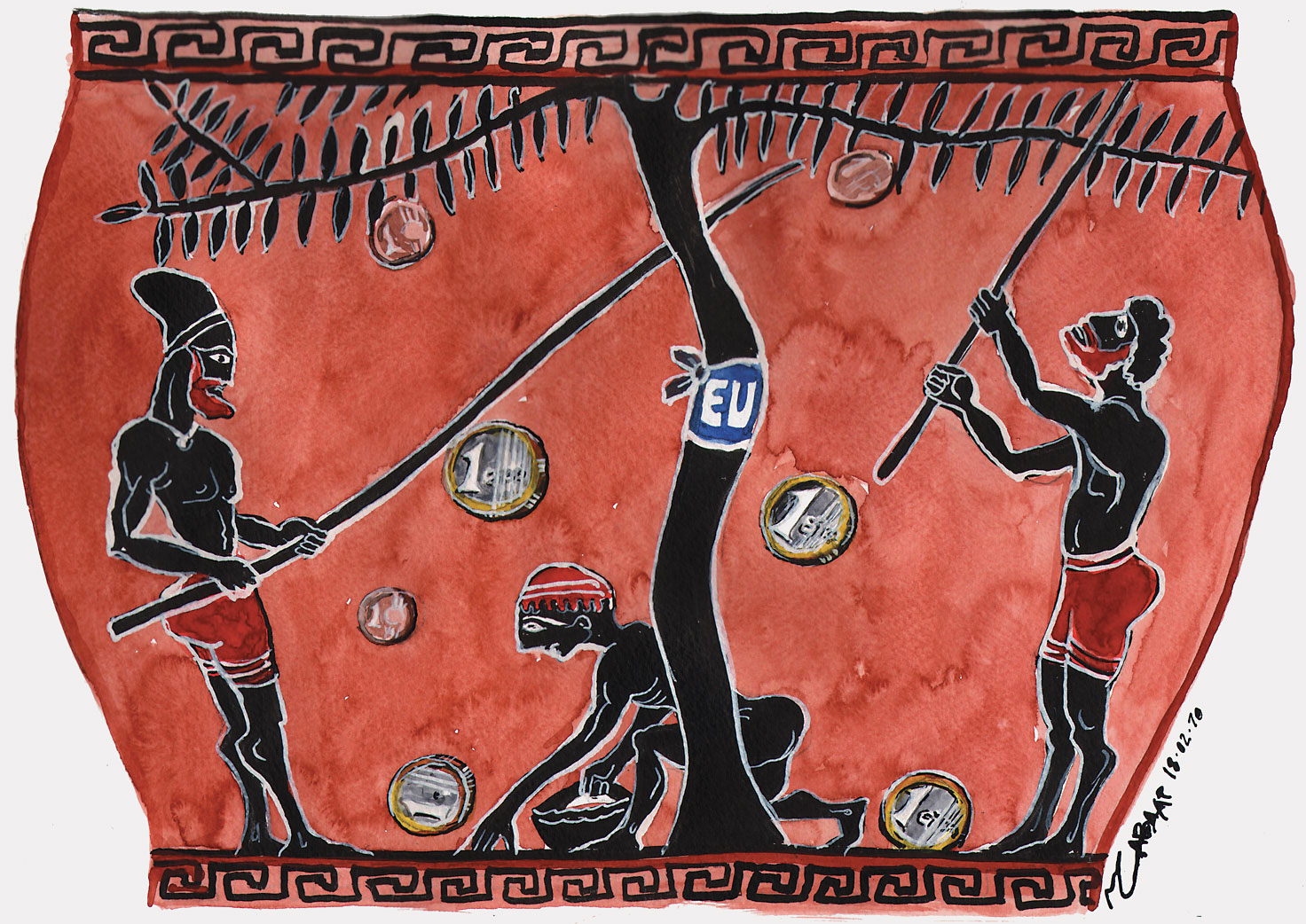 In the British Museum one can really enjoy a vase with an image of peculiar picking of olives. Europe knew from the very beginning that all data for the Greek economy were false. That is why the responsibility for the debt crisis in Greece has to be shared between the Greeks, the European governments and the European banks.